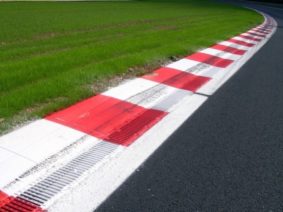 The Queensland Formula Vee Championship takes place across three well known circuits in South East Queensland. These circuits are all in easy driving distance of Brisbane and are constructed with suitable amenities for supporting the Championship. The tracks and club are family friendly so great environment for the whole family.

Morgan Park Raceway is a motorsports complex located at Old Stanthorpe Road near Warwick, in Queensland, Australia and is operated by the Warwick District Sporting Car Club Inc. The venue features a race circuit with five different layouts.

The initial 730 metre race circuit was constructed in 1968 and the first race meeting was staged in March of the following year. The circuit was bitumen sealed in 1997 and an extension to 1.2 kilometres (0.75 mi) was subsequently undertaken. A further extension to 2.1 kilometres (1.3 mi) was completed in 2002 and the venue hosted its first Queensland Motor Racing Championships round the same year. In 2007 it hosted its first national championship races, the Formula Vee Nationals and the Australian Improved Production Nationals.

The new 3.0-kilometre (1.9 mi) layout was first used on the weekend of 14/15 August 2010 for a round of the Shannons Nationals Motor Racing Championships. This meeting featured a round of Australia’s oldest motor racing championship, the Australian Drivers’ Championship, which was visiting Morgan Park for the first time. 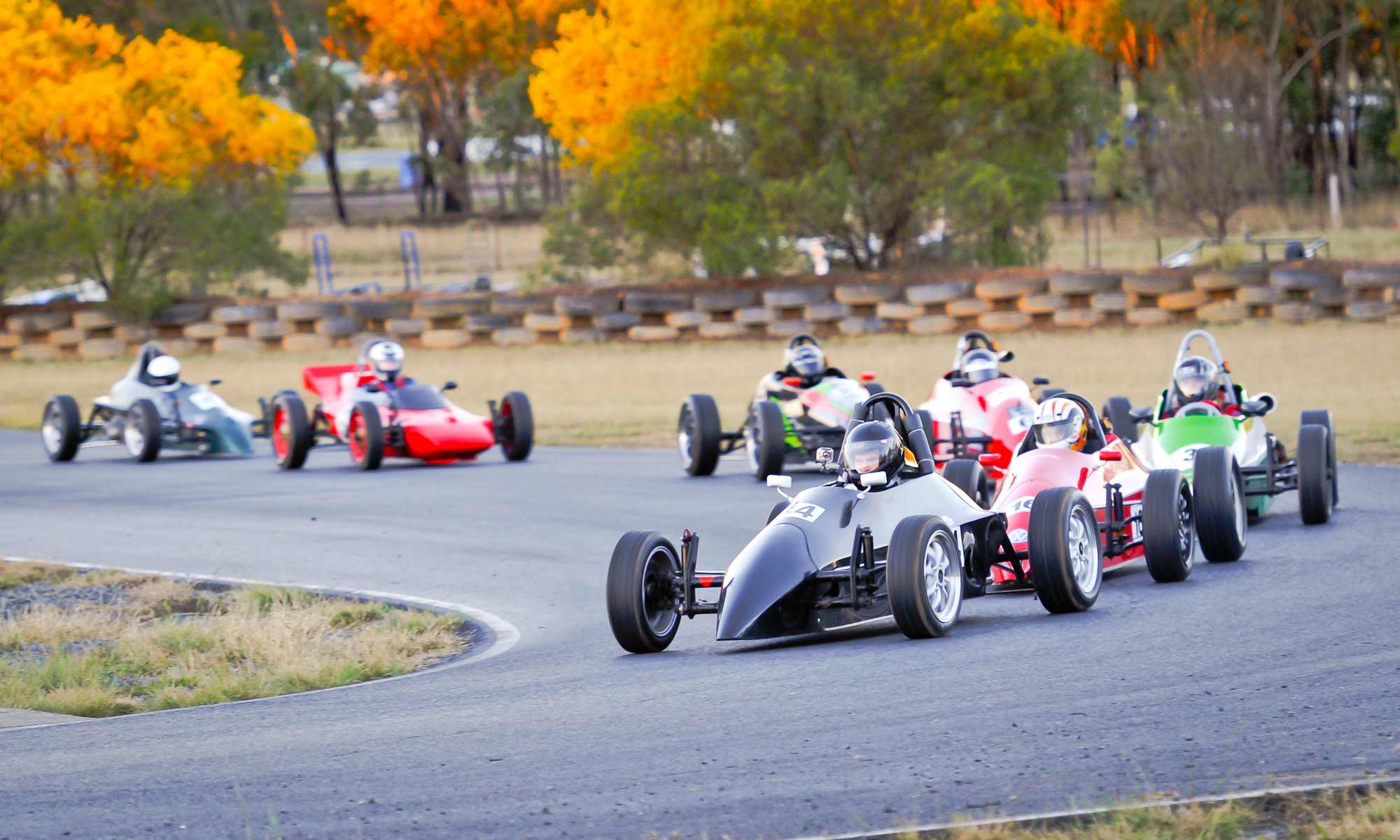 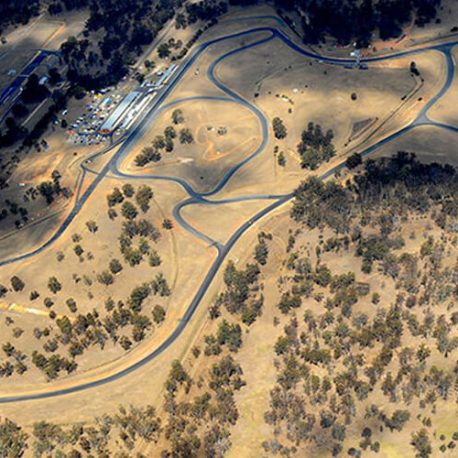 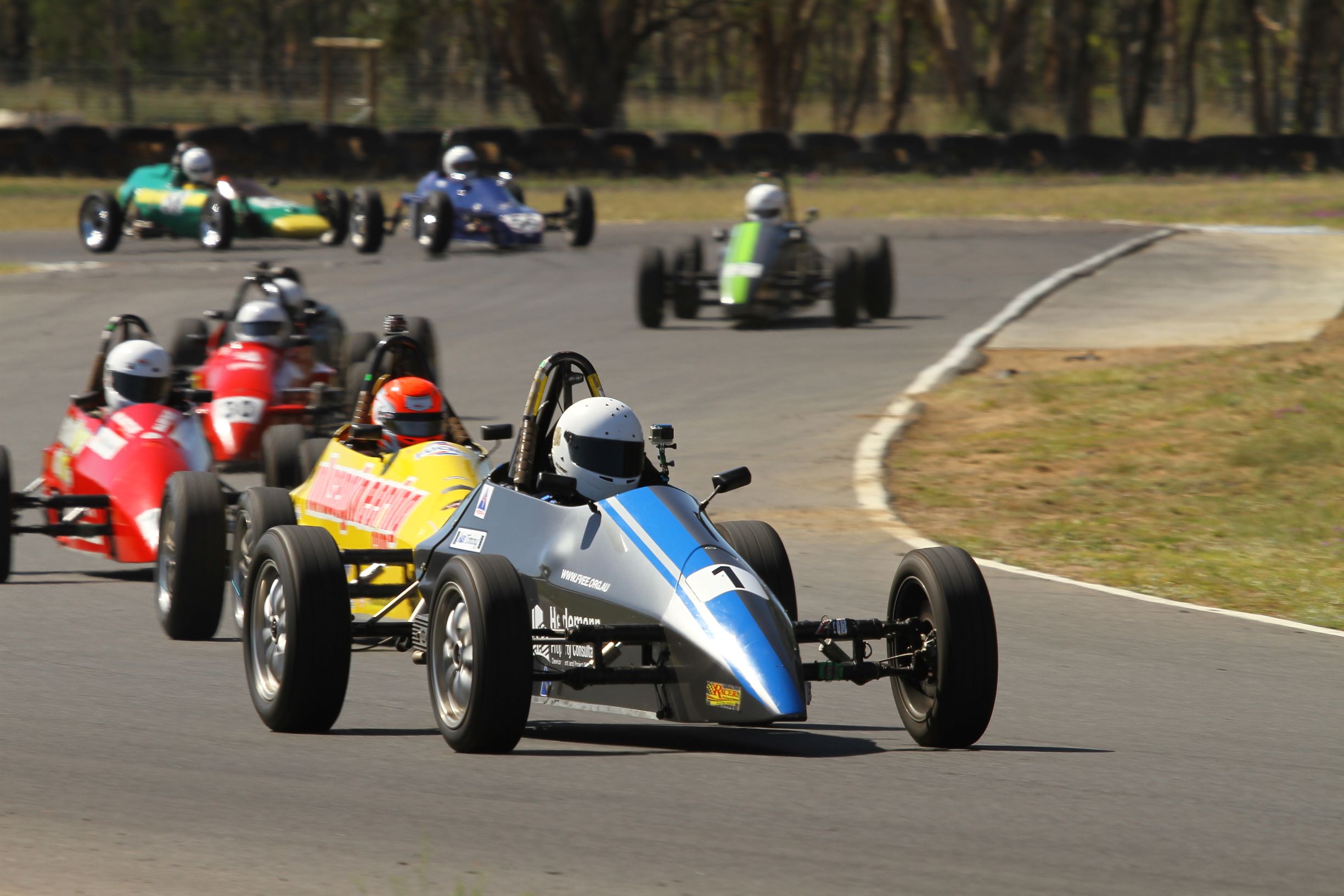 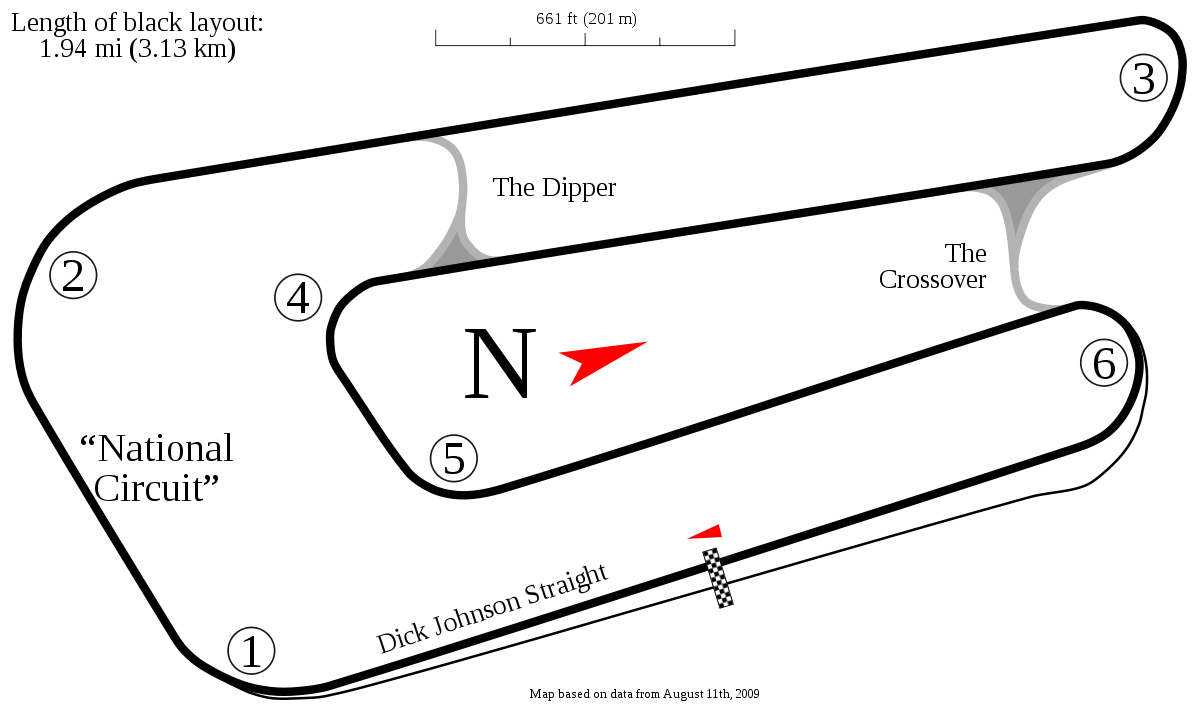 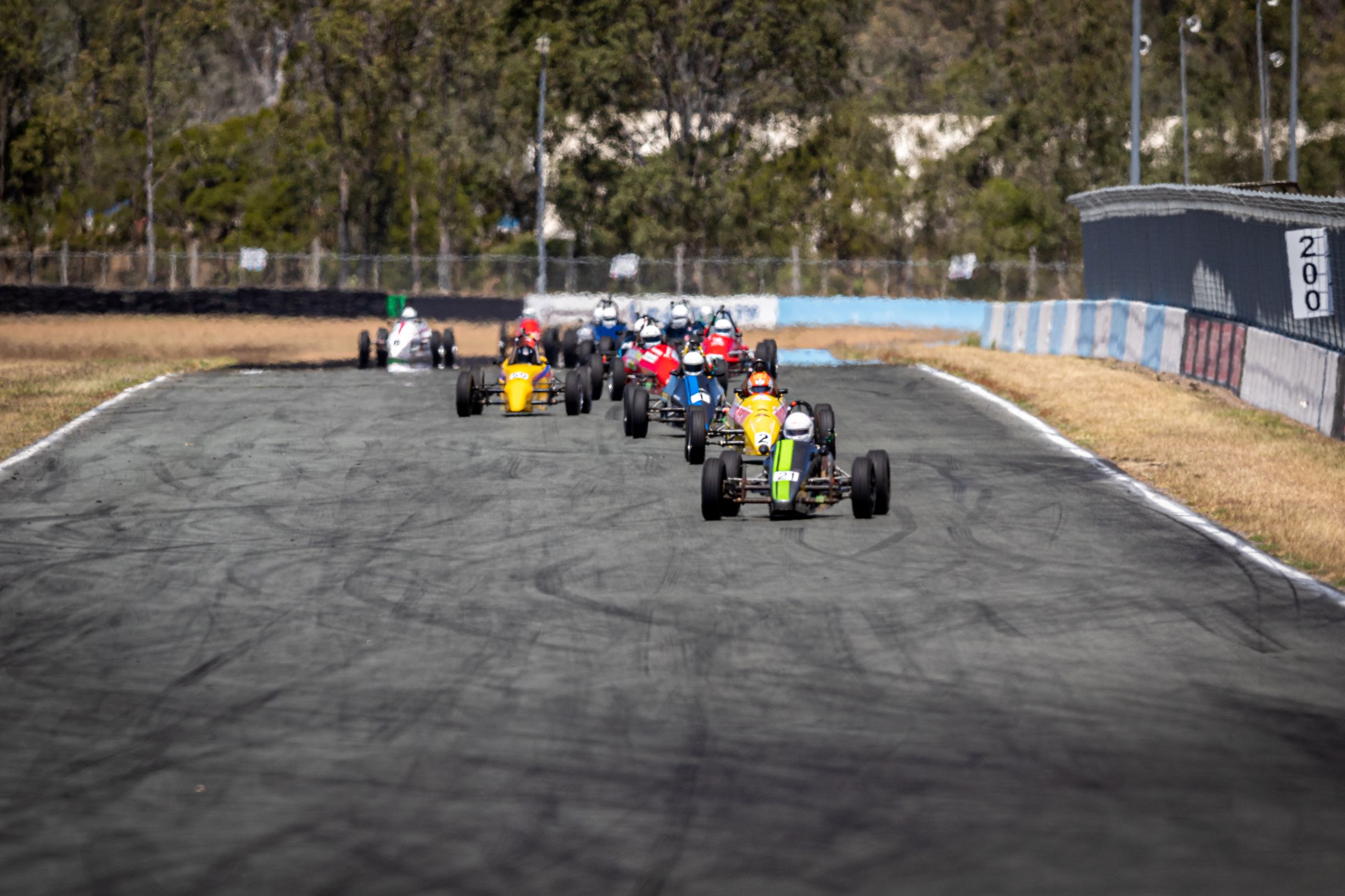 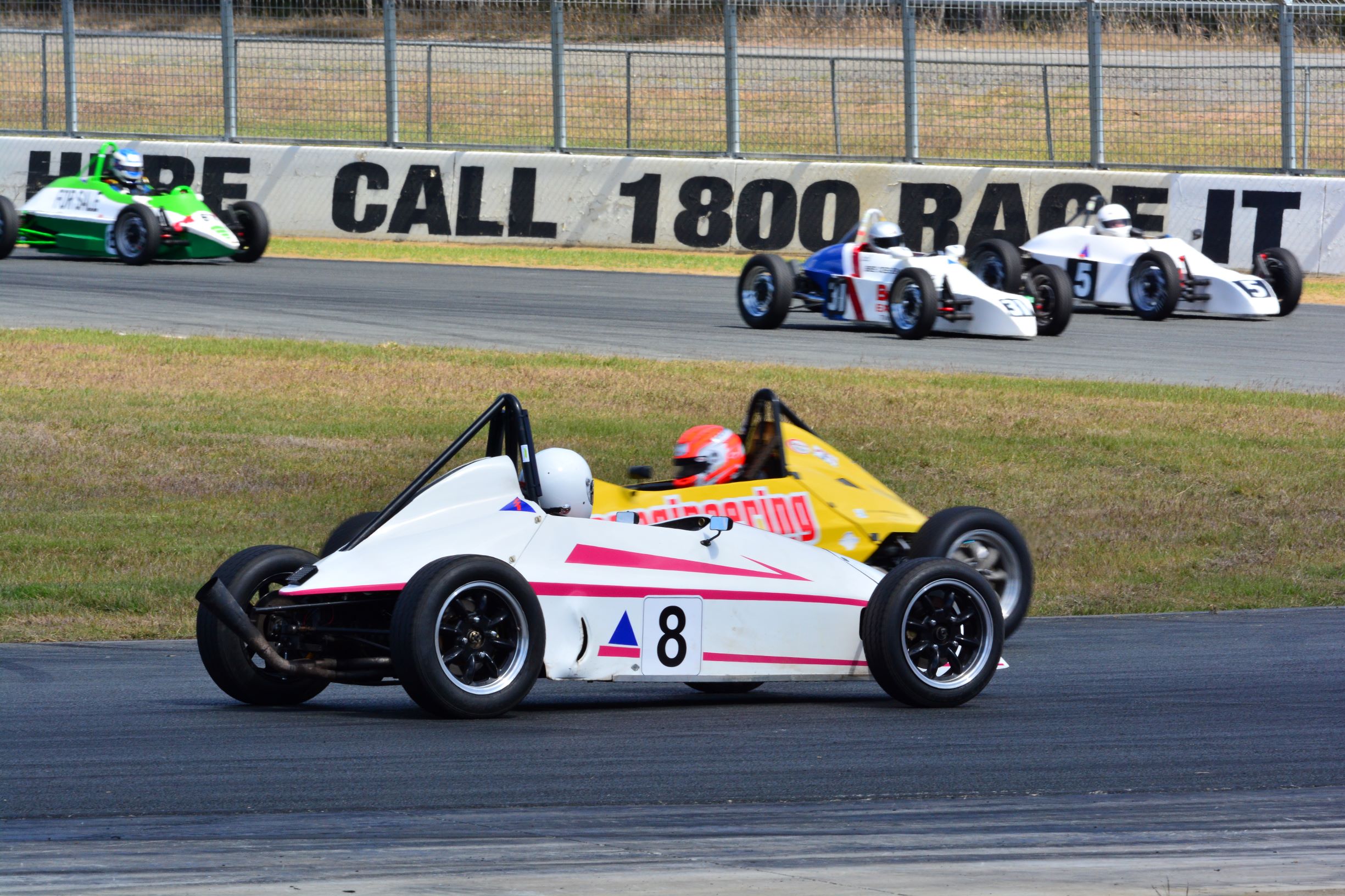 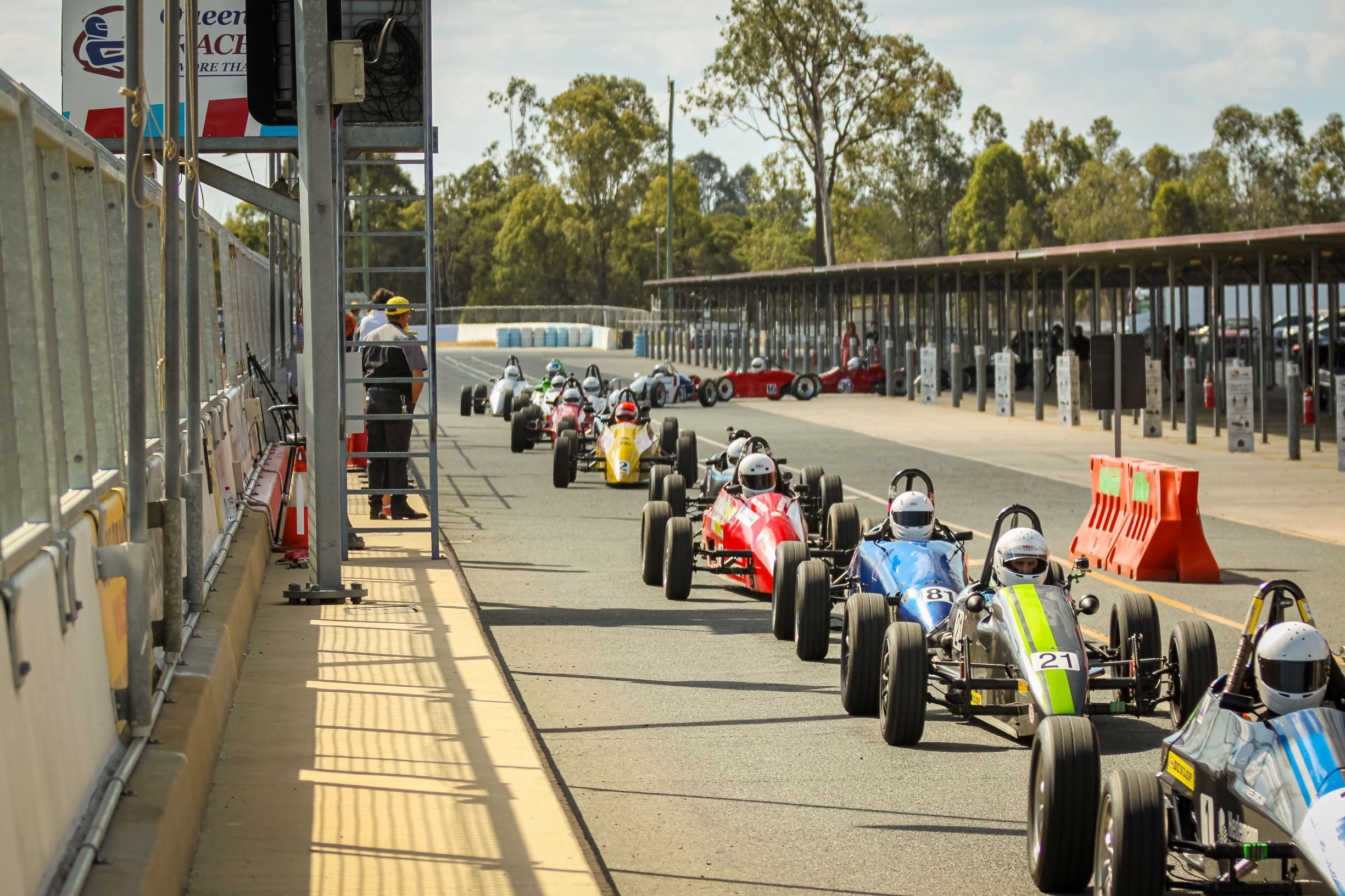 Queensland Raceway nicknamed “the paperclip” is a motor racing circuit located at Willowbank in Ipswich, Queensland, Australia. The circuit plays host to V8 Supercars, the Australian Superbike Championship, drifting as well as club level racing and ride days. Queensland Raceway is 3.12 kilometres (1.94 mi) long and 12 metres (39 ft) wide, running clockwise. There are six corners. The circuit was designed by Tony Slattery with input from car and motorcycle racing authorities including CAMS circuit expert Professor Rod Troutbeck. The circuit is licensed by Australian motorsport’s two peak bodies, CAMS Limited and Motorcycling Australia, but generally sanctions its race meeting under the RACERS. It runs its own championship series, the Queensland Racing Drivers Championship.  The track became infamous for its bumps, although the track was re-surfaced late in 2011.

Queensland Raceway is located within the bounds of the Ipswich Motorsport Precinct, which is also home to the Willowbank Raceway dragstrip, a kart track, a short dirt circuit and a junior (under-16) motorcycle speedway. The track is also located near RAAF Base Amberley and shares the base’s 6 kilometres (3.7 mi) noise exclusion zone.

Lakeside Park, formerly known as Lakeside International Raceway is a motor racing circuit located in Kurwongbah, Moreton Bay Region, Queensland, Australia. It is 30 km (18.6 mi) north of Brisbane, and lies adjacent to Lake Kurwongbah.
The circuit is known as the spiritual home of Queensland motorsport and was built by volunteers and borrowed machinery in the 1960s. The 2.41 km (1.50 mi) circuit opened in 1961 and was closed in mid-2001. The circuit reopened on 5 April 2008, with a race meeting held the following day.The circuit was the venue for a wide range of racing series including the Australian Grand Prix on two occasions, the Australian Touring Car Championship, the Australian Superbike Championship and the Tasman Series, playing host to such names as Jim Clark, Jackie Stewart, Jack Brabham, Graham Hill and Chris Amon.
The fast and challenging nature of the circuit was an education for a generation of Queensland racing drivers and riders, including: John French, Dick Johnson, Gregg Hansford, Tony Longhurst, Will Power and five time 500cc Grand Prix motorcycle road racing world champion Mick Doohan. 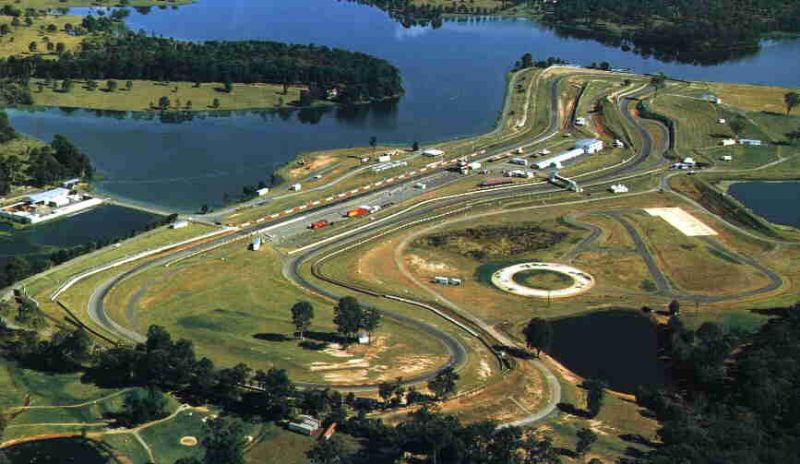 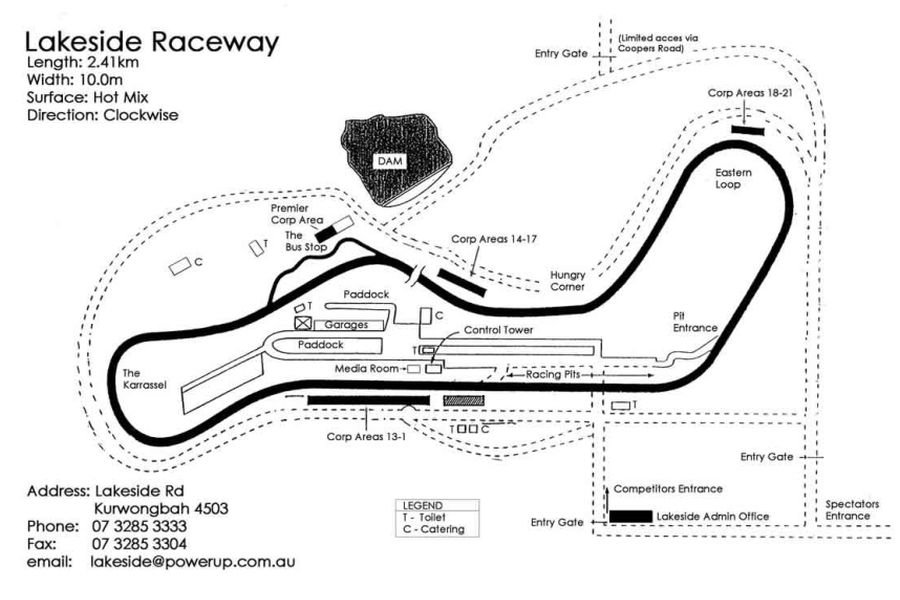 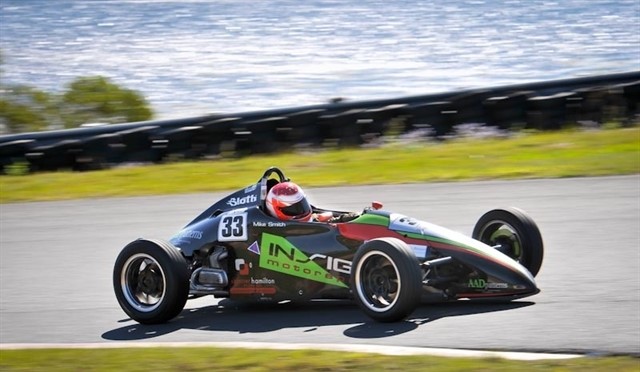 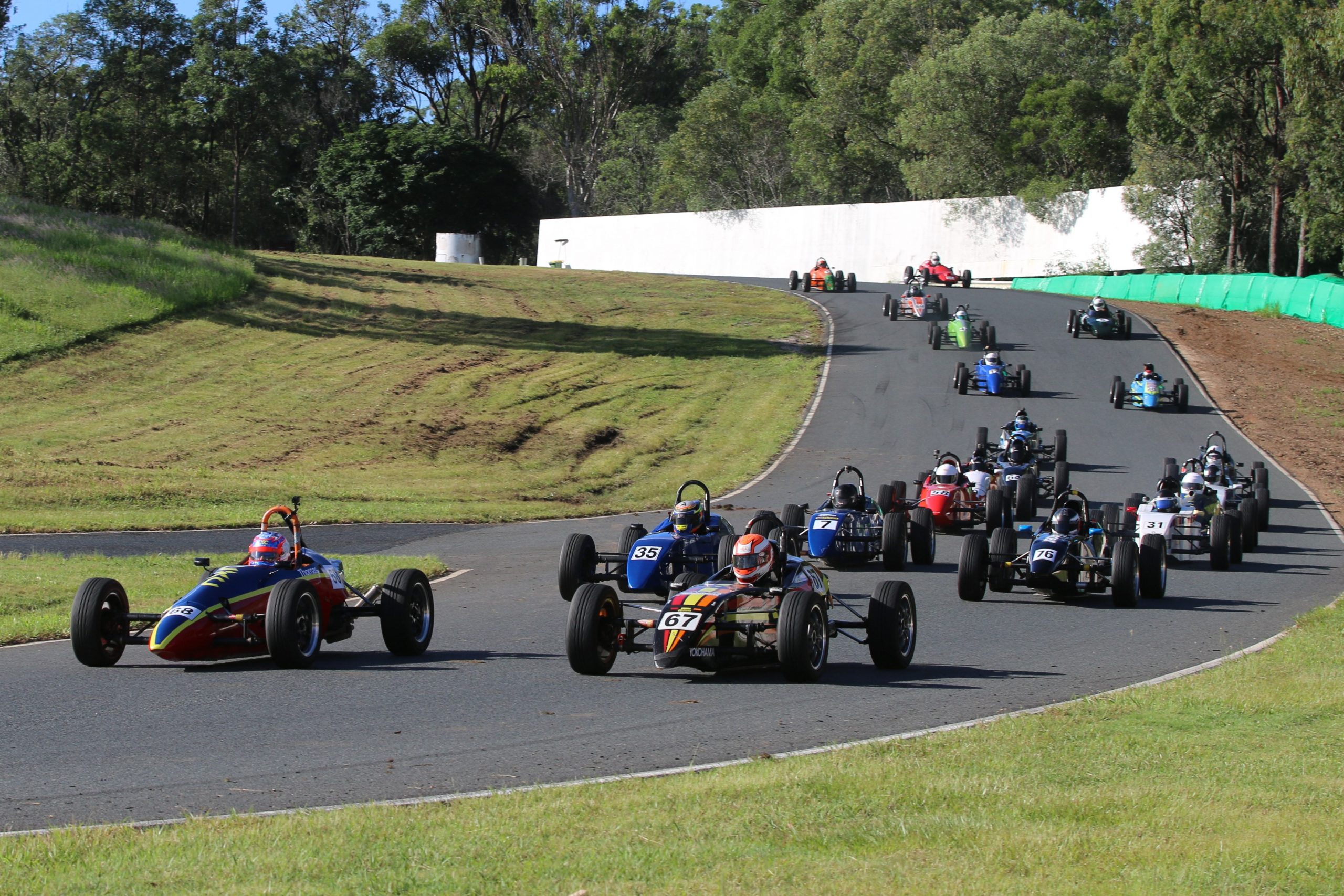